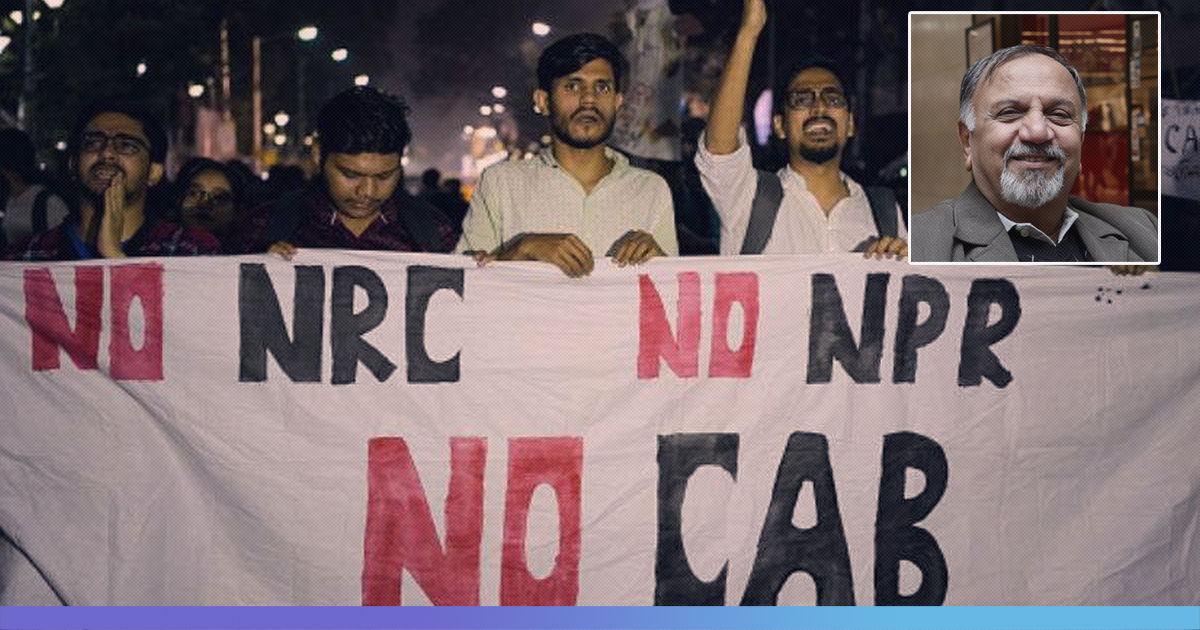 There is considerable turmoil and controversy surrounding the Citizen Amendment Act (CAA).
Over twenty lives have been lost so far and, in many places, there are stories of pitched battles between police and protestors. I am trying to look at this dispassionately.

The CAA makes a provision for religious minorities from Pakistan, Bangladesh and Afghanistan to acquire Indian Citizenship if they have entered India before 31 December 2014. The government’s stated reason is that these minorities suffer persecution in these Islamic countries and India is the natural home for them. The opponents of this law have pointed out that this law clearly discriminates against Muslims,- since it is the only community left out,- and will be used to target Muslims in India. They contend that this amendment goes against the secular nature of India’s constitution and must be scrapped and questions why religious minorities from Myanmar and Sri Lanka have been left out. The government argues that India cannot offer to become the country for refuge to everyone in the world, and that India is the natural home for these minorities.

Both sides are not revealing the real reasons. Perhaps the principal reason for the government bringing this law was to ensure that the lacs of Hindus likely to be disenfranchised by the Assam NRC should be protected. This conflicts with the local Assamese desire to retain their cultural identity. Perhaps the earlier Central Governments and the Assam State governments may have realised the complex problem and hence did not show much enthusiasm to finish the process as per the accord. On the other hand those opposing CAA are probably worried about the impact this will have on the NRC when it is implemented. The government argues that they have not decided on NRC so far.

To many citizens in the country the amendment promises the minorities of three neighboring countries the chance to lead a life of dignity and cannot understand what motivates the opposition. It feels this arises out of a visceral distrust of the Prime Minister and the government in power. What is the real issue?

The elephant in the room is the government’s stated objective of a National Citizen Register. This was part of the manifesto of the ruling party and was mentioned by the President in his address to Parliament. The government’s intention to implement the NRC has been mentioned by the Home Minister numerous times. Presently the government has been claiming that no NRC has been finalised, and that it would not take away the citizenship of any Indian Hindu or Muslim. However, it has not spelt out how the NRC would be implemented and how citizenship would be established.

It is well recognised that most people’s claim to citizenship arises from having been born in the country. Additionally,- at times,- it is the birthplace of their parents and grandparents. This has to be established by documentation. That is the real snag. It is likely that a significant percentage of India’s population will not be able to give any birth certificates, either because they did not obtain one or have lost it (I do not have my birth certificate). Aadhaar card or ration card cannot be the basis for accepting citizenship claims. Some people have said election cards, passports or PAN cards could be the accepted as valid documents. How will migrant labour be able to establish their citizenship? What about orphans, ladies whose names and surnames may have been changed at marriage? There are innumerable questions and doubts which need to be addressed. If the present CAA had not been enacted the difficulty would have been so universal and widespread that either the government would have given up the exercise or had to dilute the requirements so much that it would have become a farce.

It is no secret that there is widespread harassment and corruption even in issuing ration cards. If this is an issue of citizenship,- which has to be established to avoid being hauled into a detention camp,- the level of corruption is likely to be very high and the trauma and insecurity felt by the poor will make demonetisation look like a luxury holiday.

With CAA in place the norms for establishing could be stringent for those who may not be able to show documents. It could be argued that even if non-Muslims were not born in India, they would only have to show that they were in India before December 2014, and hence could not be denied Indian citizenship. That would leave only the Muslims having to fulfil the near impossible task of proving they are Indian Citizens. This would expose them to great harassment, humiliation and corruption. Many Indian citizens may be sent to detention camps and an uncertain future. It would leave a deep scar on the nation. This is the main fear. The government not spelling out how it will carry out NRC without subjecting the poor Indian Citizens trauma creates great distrust.

This can be changed if the government transparently explains how the NRC will be implemented and lays down all the requirements and process before the nation. Alternately it should assure the nation that it will not impose NRC in the next decade. The government must regain the trust of all Indians.