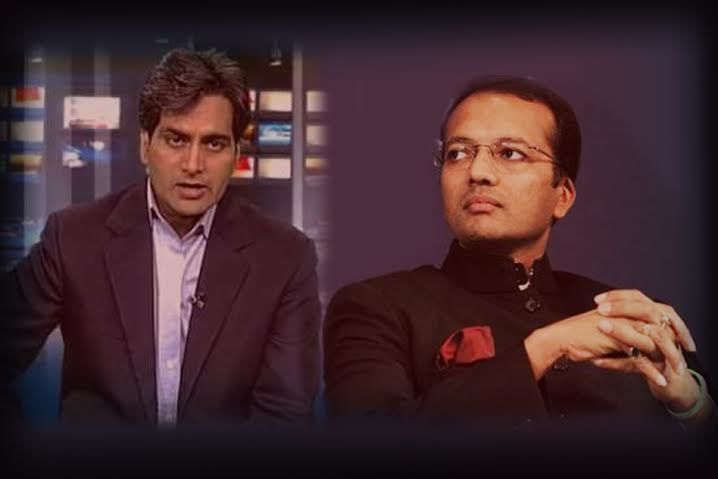 Zee Controversy - It Is High Time Politics, Business & Media Become Independent Of Each Other

The Zee Controversy has all the ingredients in it, corruption, nexus and what not, to become a front-page story for many days across media channels and papers, but there is a strange silence over the issue. Before we go further to dissect the issue, let us look at what happened in the case of Zee editors and what is the Zee issue?

Zee News had reportedly made a sting operation featuring representatives of Jindal with respect to the allocation of coal blocks. Jindal representatives made a reverse sting featuring the editors of Zee News seeking 100 crores (as contracts of advertisements) in return for not airing any further videos of the sting on the channel. Editors of Zee News were arrested in 2012 after Jindal released the video of them asking for 100 crores. Both are now out on bail, the bail has been challenged by Jindal and now the court has issued a notice to the editors of zee in response to the petition by Jindal.
Role of Media, Corporates and Government
What Ideally, Media Should Be?
Media is supposed to be independent of an arms length from the government, having a moral responsibility of informing the citizens without any bias on the things which need people’s attention and raising awareness of social issues, government policies, its critics and most importantly, propagate a progressive and inclusive views and opinions that will shape the citizens of the future and consequentially the country itself.
Status of Media today?

It is not a blanket statement, there are some reputed media houses that have done tremendous work in enlightening the citizens of the country and informing them with the right news and opinions. However, many networks of media that have been corporatized has taken a different route. One might call a short-sighted and dangerous path of inclining politically and resorting to back-door deals to promote entities besides overlooking many key issues the society is facing. The Zee controversy puts to the forefront, how corporate media can trade information for money, advertisements for truth and virtually anything for anything else. The moral and intellectual high ground which media had over the citizens, is fast deteriorating and slipping into the abyss. Media, the way its business is and the proximity it has towards political parties and corporates in terms of advertisement contracts is asphyxiating truth and professionalism from journalism.

What do corporates ideally prefer?

Corporates, the job creators of a country, the engine of growth of a country, they move people from one strata of the society to the other. As a country, we should create an environment, where innovation and knowledge thrives and where ideas are valued. Any individual should be able to start a company and create jobs based on what he knows rather the people he knows. Enabling such a scenario will help in job growth, economic development and helps more entrepreneurship.