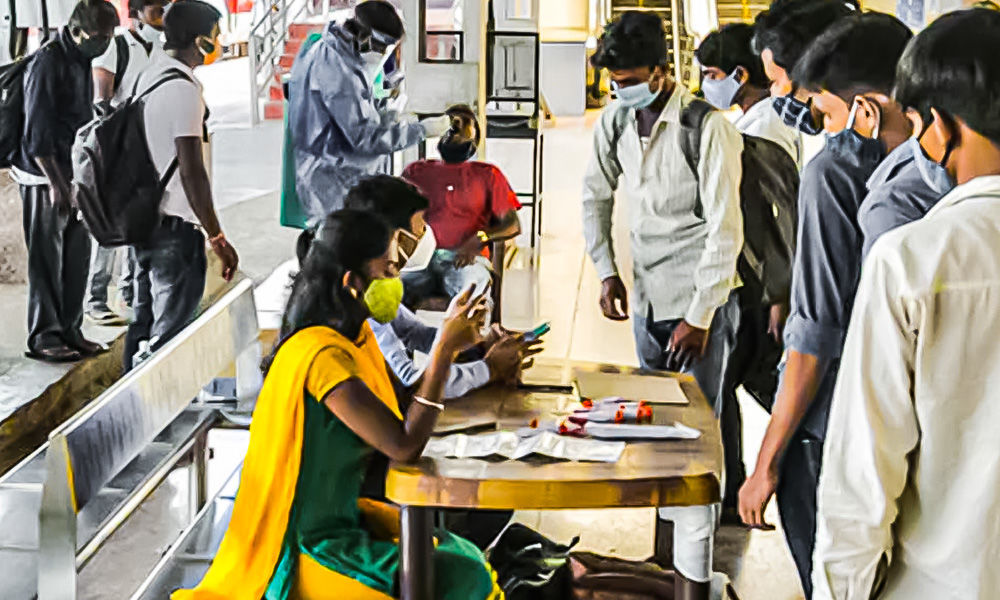 More Than Half Of India's Population Angry Over Govt's Handling Of COVID-19 Second Wave: Survey

The survey by LocalCircles claims that at least 61 per cent of those surveyed are "feeling angry, upset, depressed or worried as the Covid-19 second wave wreaks havoc in the country."

More than half of the citizens in India are upset, depressed and angry about the way the COVID-19 pandemic is being handled by the government, while opinion is split on whether the country is on the right track in controlling the pandemic according to a survey by LocalCircles.

At the same time, most of the people are not sure whether experts in the country are able to figure out what is causing the uncontrollable second wave, reported Deccan Herald.

The survey by LocalCircles claims that at least 61 per cent of those surveyed are "feeling angry, upset, depressed or worried as the COVID-19 second wave wreaks havoc in the country."

"The second wave has been terrifying and a once-in-a-century health crisis that India has experienced," it said.

According to the survey, about 23 per cent said they were "anxious or worried", 20 per cent "upset and angry", 10 per cent "extremely angry", 8 per cent were "depressed, gloomy or sad", and seven per cent said "calm or peaceful". However, the rest, 28 per cent, felt "optimistic and hopeful".

The survey also claimed that people have started to fear for their livelihoods as lockdown-like restrictions have been imposed in several states.

When asked about whether they believe India is on the right track in handling the second wave, the respondents were split.

"Wrong priorities, indecisiveness and lack of preparedness are key reasons why 45 per cent believe that India is not on the right track. The 41 per cent on the other hand, who believe that India is on the right track, state that all of this took India by big surprise, and India is now enabling more hospital beds, oxygen supplies and healthcare staff, local lockdowns, which should help in recovering from the crisis," it added.

Many have also "criticised" the nation's decision to restart flights from the United Kingdom on January 8 after a two-week suspension despite India having 60,000 daily cases.

"Hundreds of citizens also raised objections to the Kumbh Mela celebrations. People have highlighted how many returnees from the Mela coming back to their state have tested positive for COVID-19. Madhya Pradesh just reported that 99 per cent of those who came back from Kumbh tested positive," the survey claimed.

The survey also claimed 51 per cent of citizens were unsure if experts in India have a handle on what is causing the massive second wave in COVID-19 cases.